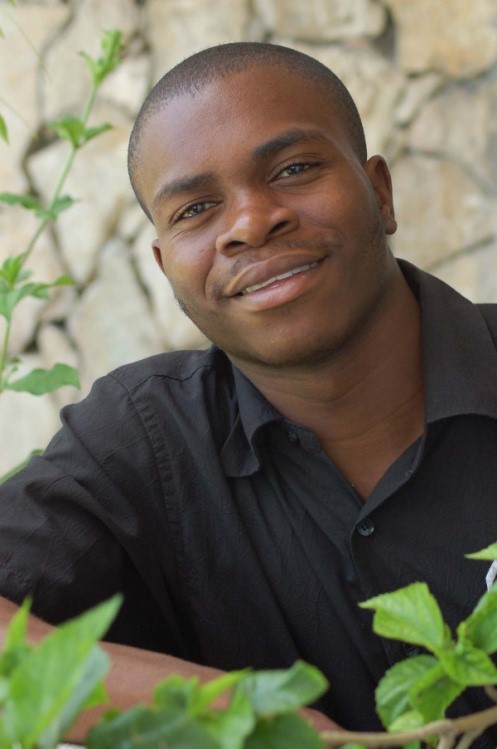 Walnes Cangas is 33 years old and is from the area of Pestal, Haiti. He is the oldest son of a very poor farming family.  Eventually his parents had too many children to support, so they sent him to live with an aunt in Port-au-Prince in hopes that he would have a better life.  Walnes’ aunt was not able to support him.  Eventually, Walnes was sent to St. Joseph’s Home for Boys when he was nine years old.  Walnes always says that if he had not come to St. Joseph’s when he did, he probably would have ended up living on the streets.

Under the guidance of St. Joseph’s Family, Walnes received his education and found a safe, loving environment to grow into an effective leader. Walnes is now the Assistant Director at St. Joseph’s Home for Boys.  He is also the director of the Resurrection Dancers and its lead choreographer.

In 2002, Walnes, as part of The Resurrection Dancers, performed for Pope John Paul II at the World Youth Day in Toronto.  Several years later, Walnes accompanied Bill Nathan to Bahia, Brazil, for six weeks, where he taught dance at the school of the arts for Brazilian street children. In 2008, Walnes attended the Duke Youth Academy for Christian Formation in Durham, North Carolina, where Bill Nathan and Walnes Cangas were the first international participants.  Walnes has been enrolled for a three-week course at Duke in 2009 and 2010. He has spent most of his summer in Haiti, in preparation for the Resurrection Dance Tour beginning on the East Coast of the US on September 27th .  He is an awesome Praise & Worship Leader as well.

Walnes is also an accomplished artist.  He is the co-director of St. Joseph’s Community Art Center.  His usual medium is watercolors.  He was commissioned to do a Pentecostal Painting for the Presbyterian Church of the USA headquarters in Louisville, KY.  That painting hangs in one of the main buildings there.  Walnes has illustrated three books:  “Always Room at the Inn”, “A Gathering of Angels” and “Shine”.